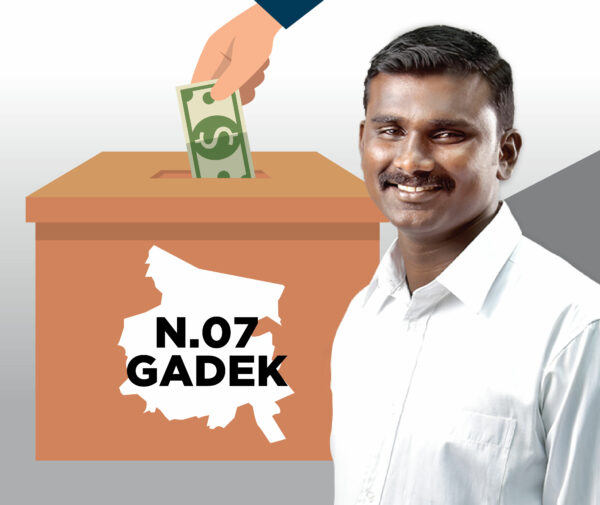 It is arguably our most difficult state seat as our candidate, G Saminathan won the seat with only 41.7% of the vote.   The majority was a 307 votes. Read More

Gadek is a state seat located within the Alor Gajah parliamentary seat. It is arguably our most difficult state seat as our candidate, G Saminathan won the seat with only 41.7% of the vote. The BN MIC and PAS candidates secured 38.7% and 17.7% of the vote respectively. The majority was a razor thin 307 votes. The state seat comprises of 59.9% Malays, 23.6% Chinese and 16.1% Indians.

Sami is the only Indian representative in the Melaka state assembly, and since winning in 2018, he has been exemplary in helping and serving many of the rural poor in his constituency.

Your support will play a crucial role for the DAP to retain Gadek against the fierce competition from BN and PN.

“I would like to donate RM50  to the campaign in Gadek to make sure DAP and Pakatan Harapan can win in a most difficult rural seat and secure a multi-racial representation in the Melaka state assembly.” 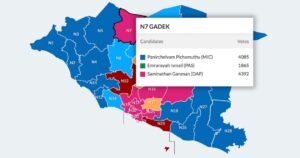