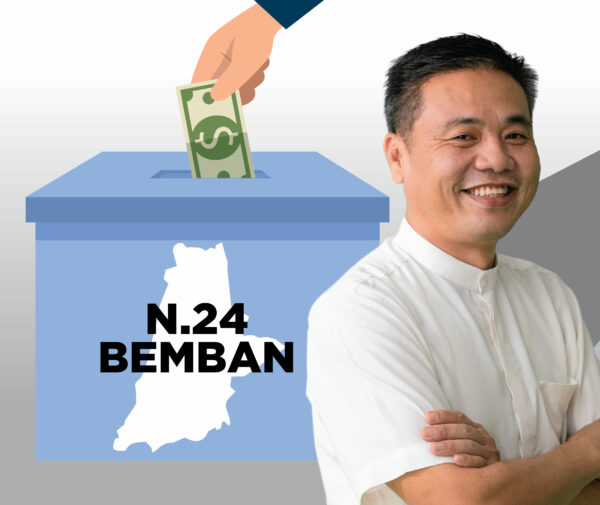 is a very rural state seat located within the parliament constituency of Jasin. Our candidate, Dr Wong Fort Pin won the seat with 44.7% of the votes cast against BN MCA (36.1%) Read More

Bemban is one of the largest state seats in Melaka in geographical terms and is a very difficult seat to campaign given its rural nature and the seemingly impenetrable Malay villages.

The seat was very hard won in 2018 and we definitely require a lot of financial support for the campaign to ensure that we can once again win the seat in this state election.

“I would like to donate RM50 to the campaign in Bemban to help the DAP prove that we are a party for all Malaysians, regardless of race, religion or region.”